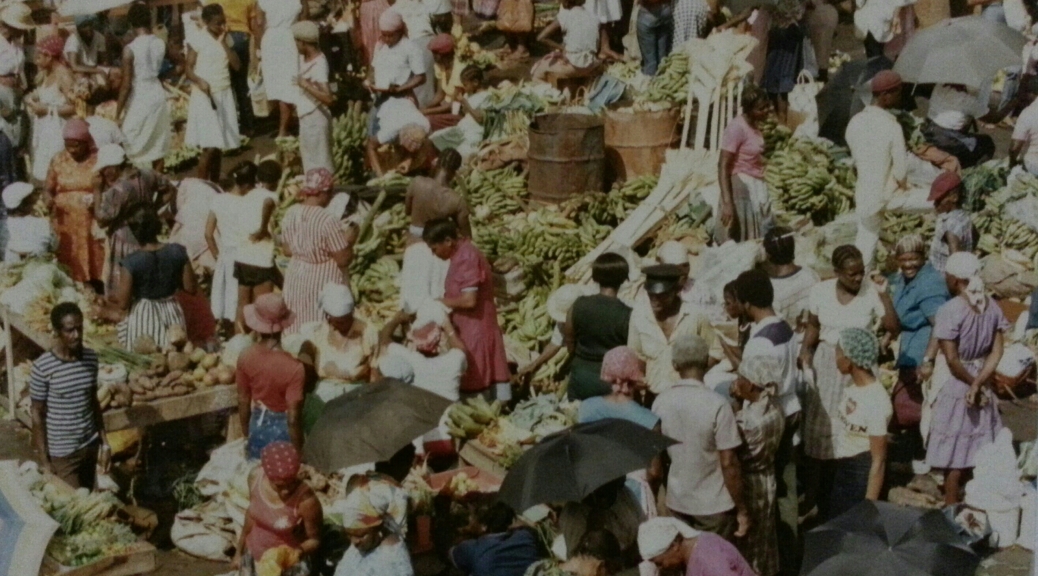 So when I began scribbling about Caribbean rhetoric, one of the impulses was to think of it in relation (or contrast) to Greek precedents. Understandable, I figured.

We are not Greek.

It helped me focus early on, especially in those areas of differentiation–that is, what makes Caribbean rhetoric Caribbean as opposed to being just a substitution of Greek terms for Caribbean ones. (I discuss that at length in Tropic Tendencies, as well as the ways what we do on a vernacular level constitutes rhetorical activity at its most complex.) The flipside to such differentiation is the all-too-obvious similarity–the kind of similarity that works so well it could pass for substitution. But what can you do? Once you recognize that rhetoric is social activity, and that social activity is common to all people, it’s kinda pointless to deny that there are gonna be areas of overlap. Tropes, themes, concepts, and logics all have their corollary because they all have us as their common denominator. Now, this isn’t an essay or a lecture, but here’s an example of what I mean. In the application of classical rhetorical concepts, a major one is that of the Agorá (Ἀγορά)–a public place, a marketplace where people congregate to buy, sell, share, gossip, learn. The agorá shapes social interactions in the simplest way possible: it provides a space for those interactions to occur. It contextualizes. Like a yard or a marketplace in town.

No rhetoric lesson necessary. You see where I’m going with this.

This photograph of a Grenadian agorá was taken by attorney Arlene M. Roberts (@arlenemroberts) when she visited St. Georges for a weekend–she wanted to go teach for a year following a call for volunteers. I won’t go into Arlene’s story because it’s hers to tell. It’s pretty amazing, though. I hope she tells it soon. Anyway, she started following me on Twitter (@drbrowne) after finding me live-tweeting panels from the Caribbean Studies Association conference earlier this month (#csa2013).

After hours of conversation, I had the privilege of seeing her remarkable archive. Of the hundreds of images I got to look at (and touch with great care!), this one struck a rather poignant note. As typical as it is iconic, the image seems to possess a degree of relevance–even urgency–that, in my view, precedes more esoteric considerations of the agorá and its icons–

–that comprise the scene. Taken less than a year after the Revolution’s failure and the US “intervasion” on October 25, 1983, it is an exemplary text–a staging point, if you like–for extending the scope of a personal digital archiving project as a contemporary recuperative practice in Caribbean rhetoric. What does this mean? Well, to begin with, it enables us–those of us interested in the exploration, preservation of, and reflection on the everyday lives of our ancestors, our elders, and ourselves–to ask questions that could actually yield answers.

We are in need of answers.

Like I said, this isn’t a lecture or an essay, but I do have another example. A common refrain during the conference was that many of the Grenadian youth have no idea that a revolution even occurred–far fewer understand their place in the legacy of leftist thought in the region. 1983 was 30 years ago, after all. The unraveling in Guyana in 1953 was 60 years. That’s a whole lifetime, isn’t it? Nowadays, as the story goes, it might as well be ancient history for people caught up this “fast-paced, globalized world.” And this may be the problem: that the past is viewed as history, and history is viewed synonymously as something that happened a long time ago, ended when it did, and has no bearing on our lives today.

We know that’s not true–that history doesn’t matter–but we also know there’s a big difference between knowing something and acting on what is known. The problem may be that the context has gotten lost. I could be wrong that this is the problem, or part of the problem, but it does allow us to ask other questions about context itself, questions that may allow us to reclaim it and reframe it for our purpose.

If we begin here, with a photograph like this; with an agorá not so far removed from our contemporary cultural memory; a market scene bustling a year after Maurice Bishop, Unison Whiteman, Norris Bain, Jacqueline Creft had been executed with others at Fort Rupert (now Fort George); after a revolution had failed; a year after that failure was compounded by the presence of US troops; after Bishop’s body disappeared along with the dream of a Grenada that should have been, what do we find, and where do we find ourselves?

Hard to say, but the good thing about reflection is that it endows us with the benefit of knowing that context is not subject to the constraints we set for ourselves. Time spent reflecting is not a waste.

I’m no expert on the Revo–that should be clear enough. In fact, my primary concern is not the Revo as such but the people themselves, the ones we see and those we do not see but know were there. The ones who heard about it. Those who forgot it even happened. I don’t need to be an expert to know everyone was touched. You see where I’m going with this.

I won’t go on. There are many questions that can come up in the course of our examinations of images, archives, and texts we have at our disposal. I recall Merle Collins, who reminded us at her lecture that Grenada’s story is not only Grenada’s story but the story of the entire Caribbean. (I’d like to push it even further to include all marginalized people.) She was right, of course.

So look at the photograph (or one of relevance to you for whatever reason) and ask: Who do I see? And who, among those I see, do I recognize? Do I recognize anybody in it who is still alive? What can they tell me now? What other questions do I have about what I see? What other images can I locate–under the bed, in a box, a dusty album, the forgotten pictures of forgotten people–to do this kind of work?

Think about it. Write about it. Make an agorá of your own and invite others in to visit, to buy and sell, to share and learn. Share. Learn. We are in need of answers.