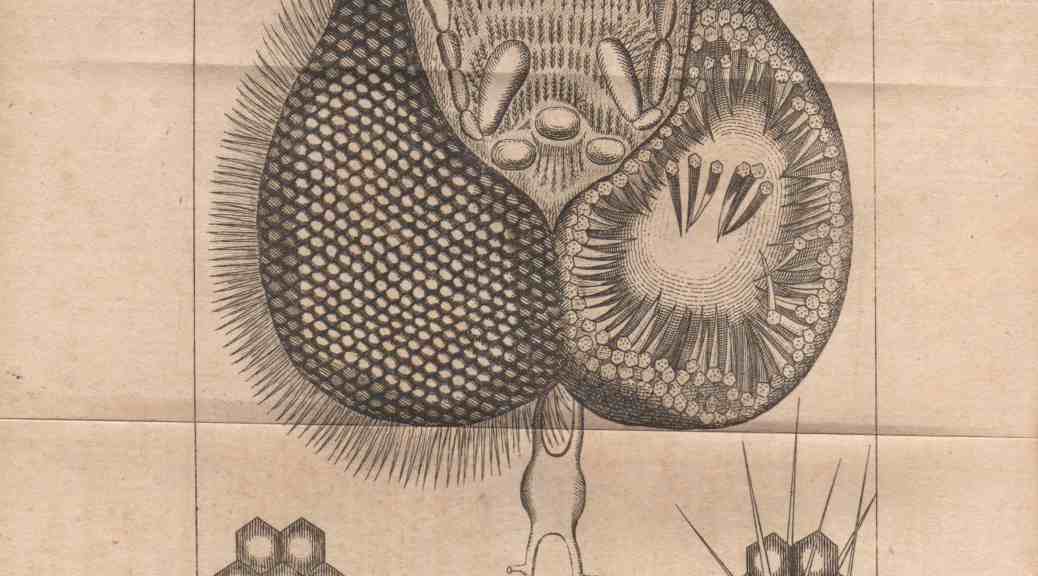 Caribbean Archiving Is the Head of a Bee Drawn on Cotton Paper (The myth of Caribbean memory—or, the myth of memory in the Caribbean)

Anecdote, March 17, 2015
A man walks into a black room, negotiates grey steps. Looking up, he fails to see the last one. He stumbles, but he does not fall. He is strong. He catches himself, remains in stride, and makes his way across the room. He sits quietly. Some people know him, most people do not. He is, to them, a stranger. A visitor from a generation they do not recognize. He listens. He nods. He never says a word. Late in the evening, we ask him and others to write. There are coloured index cards. There are plastic pens, nervous laughter. There is curiosity, interest.

Who could know that three days hence, on a Sunday, this quiet, listening man would be dead? Perhaps he knew. Perhaps. Perhaps this is why he kept the first lines of an account of his archives as he was directed to, and left the public as quiet as he came.

Memory is a collection of losses. The longer we stay, the longer we live, the more losses we accrue. Like dust, or ash, or debt. But this is who we are: vessels for the collection of memories that when (at the moment of our outpouring) we are called upon to give an account of our lives, we do so with terror or with grace. Or, not at all. It is a fact that we will all be called upon to give such an account of ourselves. This is both the fear and the blessing, both the hesitation and the beauty. But we think people want to be remembered. Or, maybe it’s just that we don’t want to forget them. We all have our own ghosts to contend with—none of us need to be reminded of why, given where we are right now.

When it comes to the archive and the vernacular work possible there, it would be instructive to recall one of his exploits from the vast oeuvre of stories. Anansi, one tale goes, had once possessed all the world’s knowledge. Startled as he tried to hide the knowledge in a tree, Anansi dropped the pot, breaking it and dispersing all the knowledge. All he had hoped to keep for himself was now spread throughout the world. I recall enough of my Catholic upbringing to recognize the moral of gaining all the world and losing one’s soul, a process most futile for those in want of power. Or, I could rely on the more succinct version I learned from my mother, who no doubt learned it from hers, and so on. It goes simply: “crave all, lose all.” In these and other iterations, we can quickly encounter challenges related to epistemic provenance that the consequences of Caribbean histories have left us ill-equipped to address. But it does beg intriguing questions: What, for example, is origin for us? What is a source that we cannot see, but must nevertheless construct? Is it advantageous, at least in the present context, that the collapsing of Time enables the consideration of a folkloric precedent without devolving to anachronism? For, whereas they possess obvious symbolic value, helping to locate the vernacular assertion of knowledge as paradigmatic and infinitely retrievable, that assertion goes no further than an appeal to our vanity. Tricks. Stories of tricks. Archetypes, etc..

The story ends, but that is not the end of the story. If we look past the obvious absurdity of trying to mine all the world’s knowledge (as a punitive measure, no less), and the inherent radicalism involved with deliberately contradicting the status quo in order to democratize access to that knowledge, we are provided with the circumstances for understanding and implementing vernacular archiving methodology as a recursive, reflective practice. Applying a light post-independence lens to the tale, we will have little trouble seeing how Anansi could become the agent of oppression who reifies the very system he would traditionally have resisted; likewise, his son now becomes the dissident hero of the knowledge-deprived underclass that his father hoped to keep ignorant. We see some recognizable aspects of a Caribbean ethos, and can be reasonably confident that the various morals of the tale can be put to parabolic use, effectively framing what we ought to expect from any foray into a given archive.

To emphasize the contradictory role of Time in such an enterprise, we can look similarly at the Akan proverb Sankofa, which entreats us to consider the past as we face the future. This is symbolized by a bird standing with its feet firmly planted, reaching back to retrieve an egg from its back—hence, the tropes of grounding, reflection, investigation, and a sustained engagement with the past all converge on the figure, its body serving simultaneously as scribe (actor), instrument of inscription (the intention that unfolds into the act of reaching back), and text (the act that results in a deliberate rewriting of itself into a more conscious being) in what appears to be a finite spiral, rather than an infinite loop. It would be useful to us, as well.

We live in a time of forgetting, with what seems like the added pressure to remember seeming more like a solipsistic fantasy than the groundswell of social engagement and possible change. But it is that very impulse that makes archiving a matter of necessity, rather than a privilege.

Even the academic question turns one inward: What are the existing frames of interpretation or analyses available to people about themselves? If anything, such a question seems to gesture (somewhat naturally) toward the reflective. So I have to reflect, if you’ll permit me to. As a research platform, the Caribbean Memory Project has sought to activate and engage the memory of cultural heritage among a mixed audience and to aid in counteracting the effects of erasure and forgetting occurring in a growing number of contemporary Caribbean communities.” We began with some rather basic questions that, we thought, were aimed at the existential heart of the matter. I ask them again, with what I think is more gravitas, but what I fear is more at risk than ever: Who are we? Who are our elders, our children? What do they know? Who do we remember? How do we remember? How do we wish to be remembered?

For people who battle amnesia, as we do, archiving is how we are able to insist ourselves into a future we have only imagined. It has always been an option for Caribbean people in particular, whose physical realities have curtailed possibilities of settling where they are. The prospect of “nation,” even following independence for many countries in the region, remains a thriving myth–though the people have not thrived at the same pace, or to a congruent scale. The resulting dissatisfaction manifests in a range of ways: malaise, misery, violence, government misappropriation, private corruptions, and the increasing rate of natural disasters that have all taken a significant toll on the psyches and infrastructures of the region. Each of these not only complicates the idea of “nation” and “people” and “Caribbean.” In some cases, they appear to be a practical impossibility. Like a ghost.

I wonder, perhaps naively, whether it’s possible to talk about how people see themselves without the people themselves? I sometimes feel as though academia would like us to believe that we can, perhaps content to concede not only that the Caribbean subject-as-subaltern cannot speak, but rather that there never was such a thing as a subaltern and, therefore, that there would be nothing to say. This becomes so much more troubling—and more urgent—because it encourages us to ask repeatedly who we are and who we wish to be in this moment. The answer has proven deceptive, but I think I see a way forward, cutting a rough path through what I think we already know to see if we can find what we have been taught to forget.

By approaching folklore not only as a dialect of Memory,  but also code, I mean only to suggest that expression itself is a form of technology, and that the discursive (qua existential) technologies of Caribbean subjectivity and their respective applications in digital contexts suggest a way forward for people who are often considered fairly backward when it comes to their meaningful engagement with the world. I wish to explore this with specific regard to the Caribbean Memory Project and the evolution of their ethic, online and off. The codes, when superimposed on to, and allowed to creolize the logics of existing frameworks enable a more effective digital presence. This is a view of  folklore as an enhanced literacy—a rhetoric—which in turn enhances how Caribbean people can read and write and perform themselves into digital spaces on their own terms.

One example that I’d like to share is that of the douen—the embodied spirit of a child that was said to have died before it was baptized. The douen’s physicality—no face, its limbs reversed, ungendered—and its related movements accomplish for the archive what transhumanism attempts but (I think) ultimately fails to accomplish for the typical Western subject: the transference of consciousness. That, for us, is a meaningful pursuit. We speak from silences, mostly, so the question of what we have to offer becomes almost a mundane mistreatment the region as a resource—one I hope we can discuss at greater length. On a certain level, that can’t be avoided. We’re here to share information, after all.

But I can’t help shake the feeling that the Caribbean still struggles to undo the stigma of being something of a curiosity, and the intellectual work created there is something of a novelty. Now, while this may seem like I’m setting up for some awkward indictment of academia, it only seems that way. The fact is that we simply don’t have the time for that. We do what we in spite of having no money because we have no time. We—Caribbean people—are always running out of time, walking and dancing out of it, talking out of time. So, no tricks today. No flourish. While we are still likely to encounter some resistance to the notion that modernity began with the Caribbean ethnogenesis, I’m gratified that we are well past arguing for the presence and influence of Caribbeans in digital space, or twisting to be seen, to demonstrate how well we can contort in the absence of resources that would surely aid in more complex contortions. Caribbean memory may ramble, but it is the overarching épistème of the epoch of modernity that has not yet seen its end—nor, with the ironic collapsing of temporal limitations, is it likely to do so. But we not only are compelled to look, but to go—back and forward—using the vehicles of memory and the imagination.